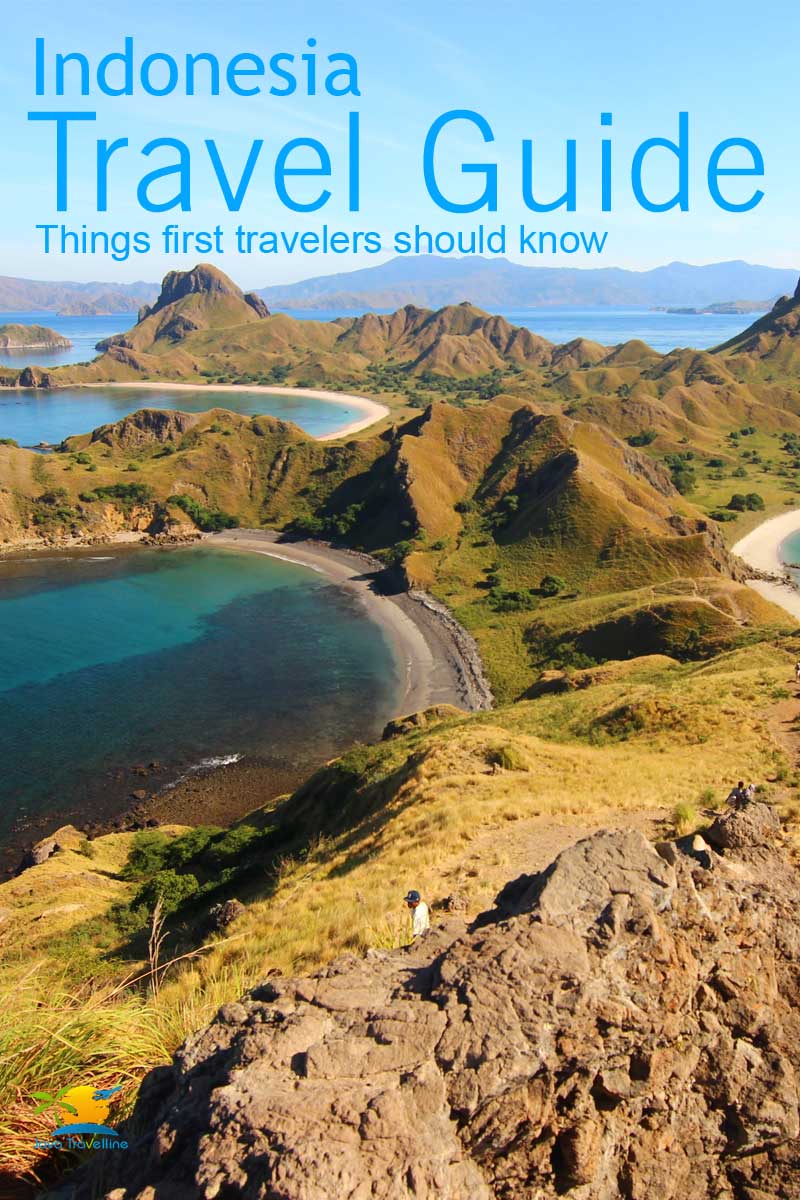 “Wonderful Indonesia”, the slogan used for Indonesian tourism is the most accurate slogan that could have been used. Indonesia is the largest country in Southeast Asia in terms of population and economy, and it is also the world’s largest island country with more than 17,000 islands. A trip to Indonesia is the best gift you could give yourself. The place not only talks to your soul directly but the wide array of activities you could do in this country will make it come alive. Consider this as your personal Indonesia Travel Guide and explore Indonesia through this as you plan your trip. From the heavenly lights falling in the Jomblang Cave in Yogyakarta to the glowing blue lava of the Kawah Ijen Volcano, the country is filled with wonders that make you think about everything and make you forget to think about anything all at once.

It is important to have some background information about its geography before you plan your travel to Indonesia. The Indonesia travel guide includes the information that it is an archipelagic country with 2 main island groups of Nusa Tenggara and the Maluku Islands. There are 5  main islands, Sumatra, Java, Borneo, Sulawesi, and Papua. Given that the equator passes through the country, the temperature is moderate throughout the year. The climate is mostly tropical. It has a wet season and a dry season but no extreme summers or winters. The rainfall is highly unpredictable with recent changes in climate worldwide.

Indonesia is also popular for being a transcontinental country, which basically means that some islands of Indonesia are a part of Asia while some belong to Australia. This is why even though commonly Indonesia is known to be a part of Asia, technically it lies in both continents. Although Indonesia is a mountainous region, the coastal plains and river valleys form a major part of the country.

The culture in Indonesia is an amalgamation of more than 200 local ethnic groups, each with their own dialects and culture. Performing arts like dance, music, tribal performances are a hit among the residents, making indonesia as a culturally rich country.  While most of the population, specifically in Bali, speaks fluent English, as you get closer to the rural area, you will find that the knowledge of the language gets diluted. However, with the penetration of the tourism industry, it is not difficult to find people everywhere who know the language well enough. The national language in Indonesia is called Bahasa Indonesia and is widely used.

Nyepi, the Balinese new year is the most widely celebrated festival apart from Ramadan, owing to the large Muslim population here. Even though the majority of the population follows Islam as a religion, society as a whole is very open and tolerant of all religions. Hindu religion dominates the Bali region. Since its independence, Indonesia has adopted and followed the motto “Unity in Diversity”. Performing arts like dance, music, tribal performances are a hit among the residents, making it a culturally rich country.

History At A Glance

As a part of this Indonesia travel guide, let us understand a little more about the history and culture of Indonesia. Before you visit any place, it is always beneficial to understand the origin and lifestyle of its residents so that you fit better in it, even as a traveler. In ancient times, around the thirteenth to the fifteenth century, the Majapahit Kingdom ruled the country. Before that, the country has seen the waves of Buddhism, From Sailendra Dynasty of the Mataram Kingdom to the Srivijaya Empire, between the eighth to the thirteenth centuries.

After the arrival of Marco Polo and the subsequent wave of Dutch, Portuguese and British dominating the spice trade in the country, Indonesia was colonized by the Dutch for over than three centuries. It was only in 1949, after years of building up a revolt that the Dutch government finally recognized it and Indonesia gained independence.

Indonesia, with its location along the equator and the tropical climate, is a biodiversity hotspot with a collection of unique and iconic flora and fauna. Unfortunately, because of climate change and reducing rainforest, it is now home to many endangered species. The Sumatran Tiger, The Orangutan or the red ape, and the Sumatran elephants are  the most popular among the endangered species.

It is also home to more than 1,500 birds, with at least 400 of them unique to the country. The variety of reptiles and amphibians are also huge in number in Indonesia. The Indonesia travel guide depicts fishes and plants as the major components of biodiversity. Around 5,000 varieties of Orchids and the world’s largest flower, the monster flower have both found their home in the wildness of the country. Its islands like the Java Island are home to rare species of fish including the coelacanth and the rainbow fish. It is considered to be a megadiverse country because the high number of endemic species present here is among the largest in the world.

Cuisine forms an important part of the Indonesia travel guide as food is something that travelers look forward to the most. Indonesia is home to some really iconic and delicious food and beverages that are also inexpensive and inspired by the variety of cultures it holds. The cuisine here is highly inspired by the Chinese, Indian and Western cuisine. Home to exotic herbs and spices, the food in the country is generally spicy for a common person.

The cuisine in the country is inspired by its rich history and culture. Every meal has a history, a story to tell. A meal in Indonesia is generally incomplete without rice. The spicy condiment Sambal and the crackers or Krupuk are the major components of every meal. Some famous mouth-watering recipes include Sambal Kacang (prepared using chili and peanuts) and  Sambal Matah (with lemongrass and lime flavor). Gudeg, the sweet dish prepared with coconut, local spices, and palm sugar, is a testament to the patience of the cook as it takes a long time to prepare. Nasi Goreng, the national dish of Indonesia, is their version of specialized fried rice and is a must-try to give your taste buds a once in a lifetime experience.

While it is far from possible to list down all the things you should do when you visit Indonesia, the Indonesia travel guide lists down the unique and most special offerings of this country. As you plan your trip, your Indonesia tour itinerary should include the following must-visit places:

Bali: This is the most sought-after tourist destination in Indonesia. Popular for its beaches and Coral reefs, water sports and temples, Bali is on the top of the must-visit places in Indonesia. Treehouses, adventure parks, and relaxing beaches make Bali a complete package in itself.

Jellyfish Lake, Kakaban Borneo: This inland lake is home to jellyfish that have a very weak sting. The sting does not affect humans and that is why it is one of the most unique and must-visit places in the country.

Ubud, Bali: The cultural hub of Ubud is a delight for yoga practitioners who engage in vegan cuisine. While Bali is filled with adventure and thrill of water sports, this is a good place to slow down and enjoy some temples, traditional dance and beautiful landscapes. Apart from this, there are various hidden islands in Bali that are less explored and can be a good choice.

Java Island: The Ijen blue fire lake is now a popular tourist destination as the blue flame is emitted from the mines at night time.  Mount Bromo is another famous volcano that offers a view of the sunrise that is a sight to behold. Yogyakarta is the city that is also known as the spiritual and cultural hub of the country because of the presence of many temples and art exhibitions worth visiting.

Komodo National Park: Home to the Komodo Dragon or the giant lizards, this national park is on the Komodo Island (Read This Article: Private Tour Komodo Island), which is accessible by a ferry ride.  Komodo Island is a UNESCO World Heritage Site and houses the largest lizards on earth. A tour of the island will also take you to Pink Beach for sightseeing, Padar trek for hiking and Manta point for snorkeling.

Gili Islands: Part of Lombok Island, Gili Islands are primarily known for their picturesque views and scenic beauty of the villas that stand on the water and the romantic environment. People visiting Indonesia for their honeymoon should make sure that they do not miss out on this place. Blue colored water and white sand beaches form a great combination and are a treat to the eyes.

Borobudur Temple: This temple is the hotspot for Buddhists all over the world. It is of great architectural and religious significance as it is the biggest Buddhist sanctuary that reflects their culture and values. The place is filled with vibes of peace and positivity.
Read This Article: Planning a Trip to Indonesia: for first-time travellers

It is advisable to carry a bug spray and mosquito repellent as you will be exposed to the insects during the trip. Carry sunscreen if you enjoy sunbathing at the beaches. Download offline maps, arrange for transportation beforehand and purchase a local sim card for smooth travel.

Conclusion The wide range of activities and a variety of exquisite spots make Indonesia a complete package for travelers. It is important for everyone to be aware of the information on the Indonesia travel guide to ensure a pleasant, enjoyable and comfortable experience while planning a trip. Contact us today to plan an Indonesia tour package itinerary that suits your travel requirements while giving you the best of the Indonesian experience so that you do not miss out on anything. 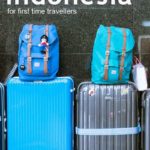 Planning a Trip to Indonesia: for first-time travellers Next 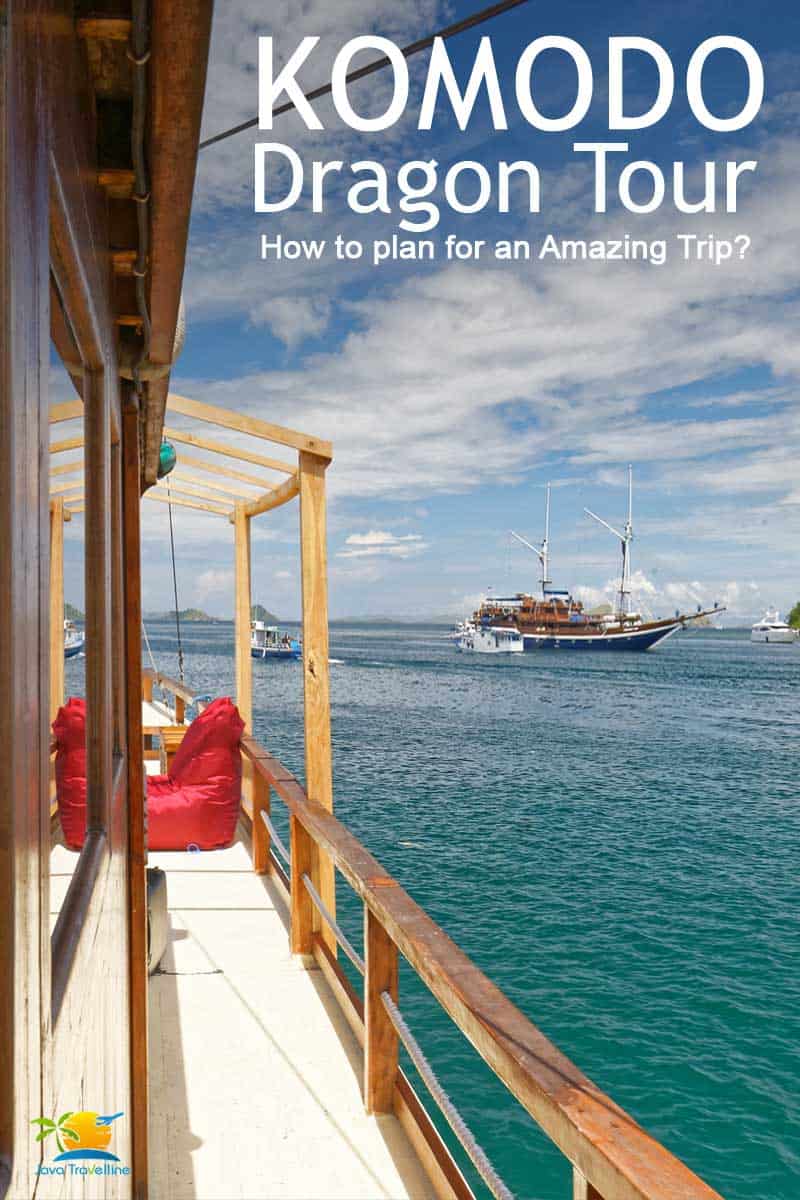 Komodo Dragon Tour, How to plan for an Amazing Trip?